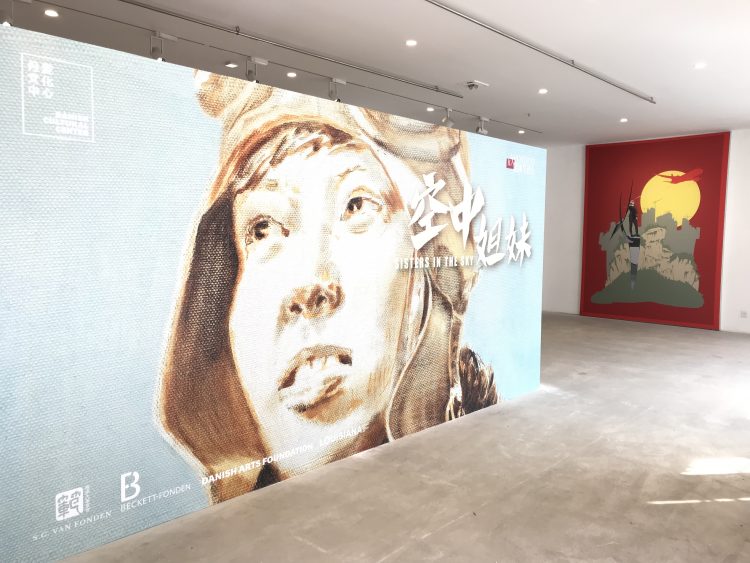 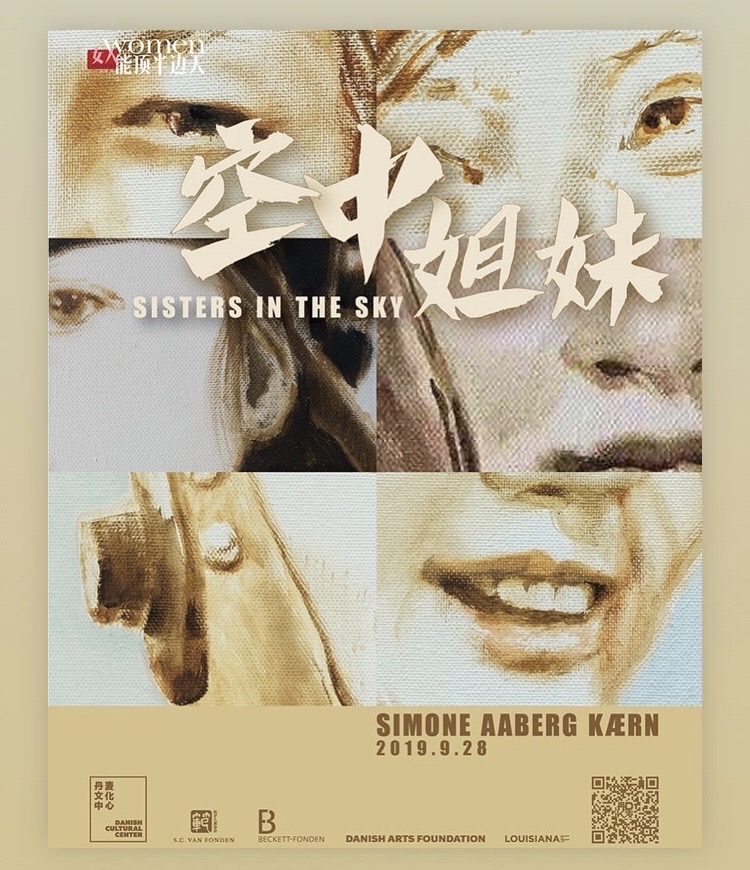 SISTERS in the Sky – Women Holding up Half the Sky

October 28th 2019 at the Danish Cultural Center – Beijing – China in cooporation with the Ninety Nines women pilots association China chapter. Seminar with Chinas first Military pilots and the artist at 10:00.

From the dawn of times, the dream of defeating gravity and imitating the birds over land and sea has prompted men and women to courageous actions. In western mythology, Icarius turned the back to his father’s advise and burned his wings when trying to reach for the sun. In Chinese mythology, Chang’e had to forsake her husband to be able to go to the moon.

For 25 years, the notion of flying has held a central position in Simone Aaberg Kærn’s oeuvre. Whether in film and video works, installations or in performances, she has worked with it as a metaphor for individual freedom and airspace as a mind-set for unlimited access to take control of your own life. In her own words, flying is “a rhythmic experience that calls on all senses and brings all parts of the brain into action.”

Kærn’s obsession with flying is particularly apparent in the series Sisters In The Sky, a work in progress that goes back to 1997. The initial version was originally exhibited at the 48th international Venice Biennale, dAPERTutto, in Venice in 1999 and consisted of 45 painted portraits based on photographs of WWII female pilots in Soviet, British and American service. In order to gain access to those still alive, Kærn had to earn her flight certificate, as these elderly women would have difficulty in relating to a young student of art let alone sharing their experiences. The result is an impressive aesthetic and intellectual statement of how women have realized their dream of flying in times of prejudice, hardship, and technical challenges. The installation now belongs to the permanent collection of Louisiana Museum of Modern Art in Denmark.

For Danish Cultural Center, Kærn has revised the original Sisters In The Sky extending it with a Chinese dimension and including the portraits of 18 Chinese female pilots. It is not an exhibition on the history of female pilots; neither does it claim to be exhaustive. Rather, it should be seen as Kærn’s personal homage to dedicated women whose contributions to aviation seem to have been neglected if not forgotten. It’s a poetic and feministic gesture to create an aero feministic sisterhood across cultures and generations through painting, film and sound. 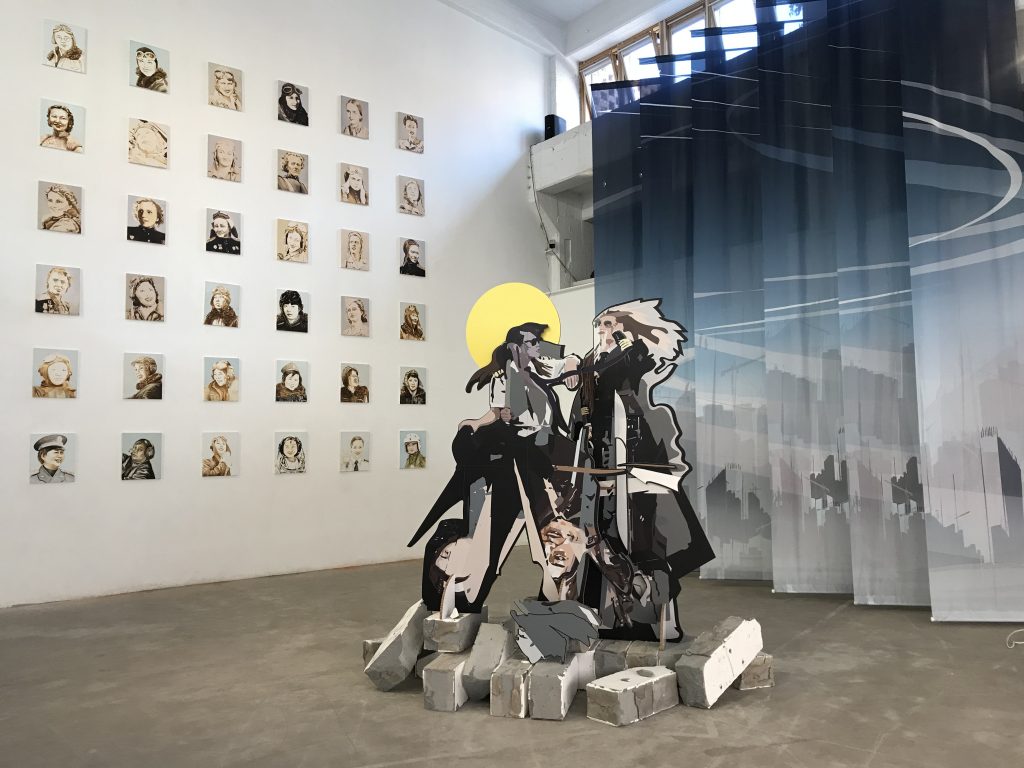 Sisters In The Sky is the third exhibition in DCC’s series of Women Hold Up Half The Sky activities. It has been supported by Louisiana Museum of Modern Art, Danish Arts Foundation, Beckett-Fonden, and S.C. Van Fonden. We are especially grateful to Miao Xiaohong and her husband He Xiaoming as well as Wang Nengjiang for advise and inspiration for the part on Chinese female pilots. Yang Yang from the DCC have been doing research together with the artist on the history of women pilots in China.

Women Holding up Half the Sky, a new installation build around the installation Sisters in the Sky, now in China with Chinese pilots. The art work was originally exhibited at the 48th international Venice Biennale, dAPERTutto, Venice, Italy  13 June – 7 November 1999. Simone Aaberg Kærn was as a young artist who was then a student at Goldsmiths College in London, personal invited by legendary director Harald Szeemann. SISTERS in the Sky  was founded by the Danish Arts Council who is also supporting the Women Holdning Half the Sky exhibition in China.

45 paintings of women who flew military aircraft during WWII with sound of aircraft.

For the China exhibition a lot of changes and new features will be added. Just the great flow of visitors requeres af full new design of the corridor.  The project for China is now being founded. You can be part of the project by donate or by ordering a payed talk by Simone Aaberg Kærn: Write to info @ aaberg-kaern.dk

Sisters in the Sky

World War II was the first war in which air power played a decisive role. However, it was not the first time women served as combat pilots. World War I saw the first aerial combat, and among the pilots there were some women.

After World War I, it was clear that aviation had developed from a mere sport to a factor of definite social importance both in civilian life and in the armed forces. The new possibilities in aviation seemed unlimited. And in the late 1930s young people all over the world flocked to the flying schools, where they were trained under programs often subsidized by the government.

This exhibit shows a small selection of the women who flew during World War II. In Britain the best ATA pilots might fly any of 117 different types of aircraft, from Tiger Moths to four-engines Lancasters. Female Russian fighter pilots kept the skies free of German bombers; others attacked tanks and supply lines in low-flying bombers. Their mission covered the air space from Stalingrad all the way to Berlin. In the US the women pilots flew domestic military missions of every kind.

Whether the pilots were involved in actual combat or carrying out other military tasks, the highest level of technical skill, commitment and professionalism was required. All programs had pilots who were mothers, too, and the ATA in Britain had at least one grandmother among its pilots.

Now the exhibition will include a chapter on female Chinese pilots. 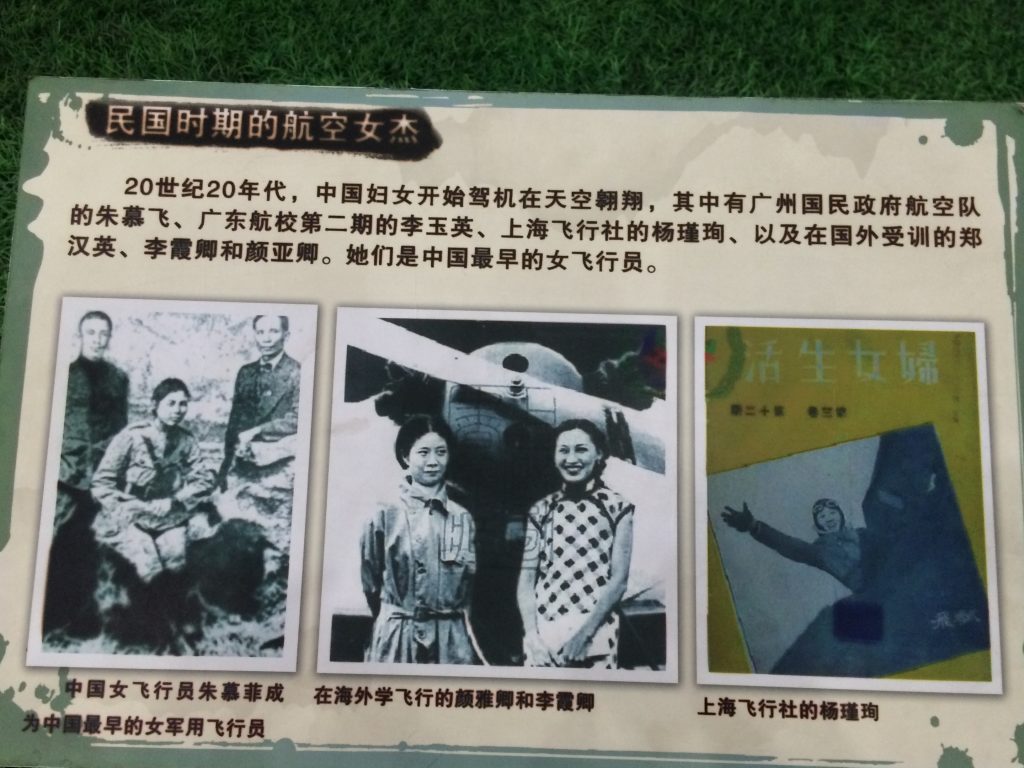 –  by Simone Aaberg Kærn and Stine Kirstein. Produced by DR-TV/ Zentropa. This part is the beginning of the special cut -Sisters hero remix witch is only 30 minutes. The original Sisters in the Sky was 4 x 29 minutes public service TV produced for the danish Broadcast Corporation.